Painted by Maryse Casol in 2007, using Sennelier oil made in Paris, France at 3 Quai Voltaire facing the Louvre (painting of choice by the greatest artists since 1887, such as Degas, Cézanne and Picasso) , on a custom cotton canvas, mounted on a frame in linden wood made by Bambino Gianfrancesco, owner of Les Cadres et Moulures Majestic, one of the best Italian artisans in the world.


2019 - 2020
With the paintings Violon Éternel and Essentielle Simplicité I, Roses et Lys by Maryse Casol was exhibited at the Maison Christian Faure from October 2019 to January 2020, at the 1225 Boulevard de Maisonneuve Ouest in Montreal, Canada.


2018
From January 15 to March 1st, 2018, the painting Roses et Lys was exhibited in the lobby of the Sofitel Hotel Montreal, part of the Maryse Casol Enchanted Forest art exhibition, highlighting the paintings of the artist in time : a symphony of colours, inspiring to voyage, and to the philosophy! The Casol family had the honour to receive the presence of Rosina Bucci and Antonio Diverdis, both artists and professionals in the cinema and music industry. Thank you also to our friend Marc Pichot, director of the hotel, and to all the Sofitel family for your great service and for this wonderful opportunity!

That same year in 2018, Roses et Lys by Maryse Casol was printed as a thank you card, and sold online on MaryseCasol.com and later in Montreal at the Maison Christian Faure, Canada's #1 French pastry shop, at the HEC Montreal business school, and soon after at the Montreal Museum of Fine Arts boutique!


2007
Mickaël Casol, son and art dealer of Maryse Casol, after graduating from the HEC Montreal business school in May, going to France with Desjardins to visit the banks in Paris and Strasbourg, visit his family and explore the French Riviera in the summer, and go for a weekend in a Range Rover to New York City with his friends in September, organized with his fiancée Noriko Emen, a Maryse Casol art exhibition at the Ristorante Buonanotte in Montreal, Canada, inviting the elite of the city, such as Gary and Grace Oberman, Michael and Yolanda Page, lawyer Pierre Saint-Aubin of BCF, athlete Nordine Taleb and international model Daniel Bernard, on December 4, 2007.

In 2007, Maryse Casol did 2 other magnificent paintings for you to own: Musique des Sphères and Fado Romantique. 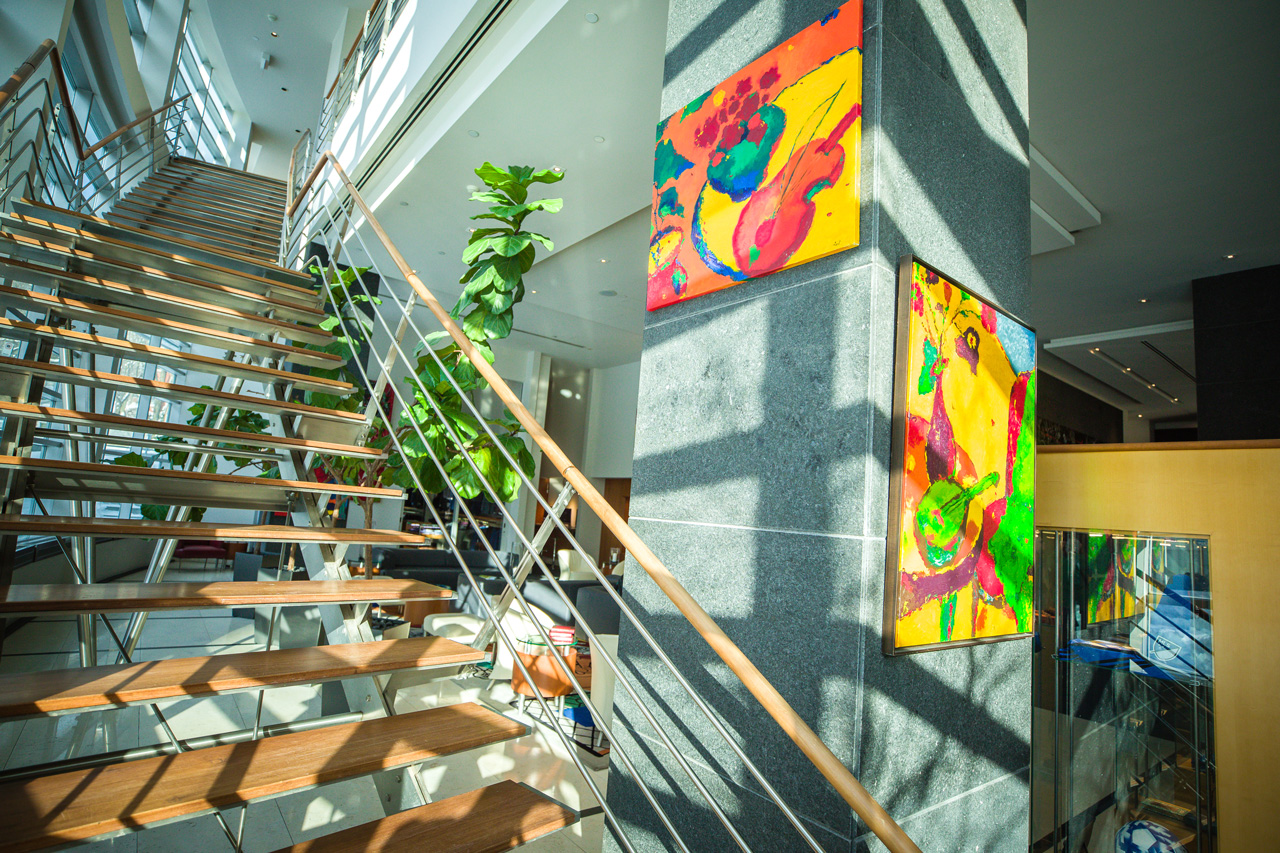