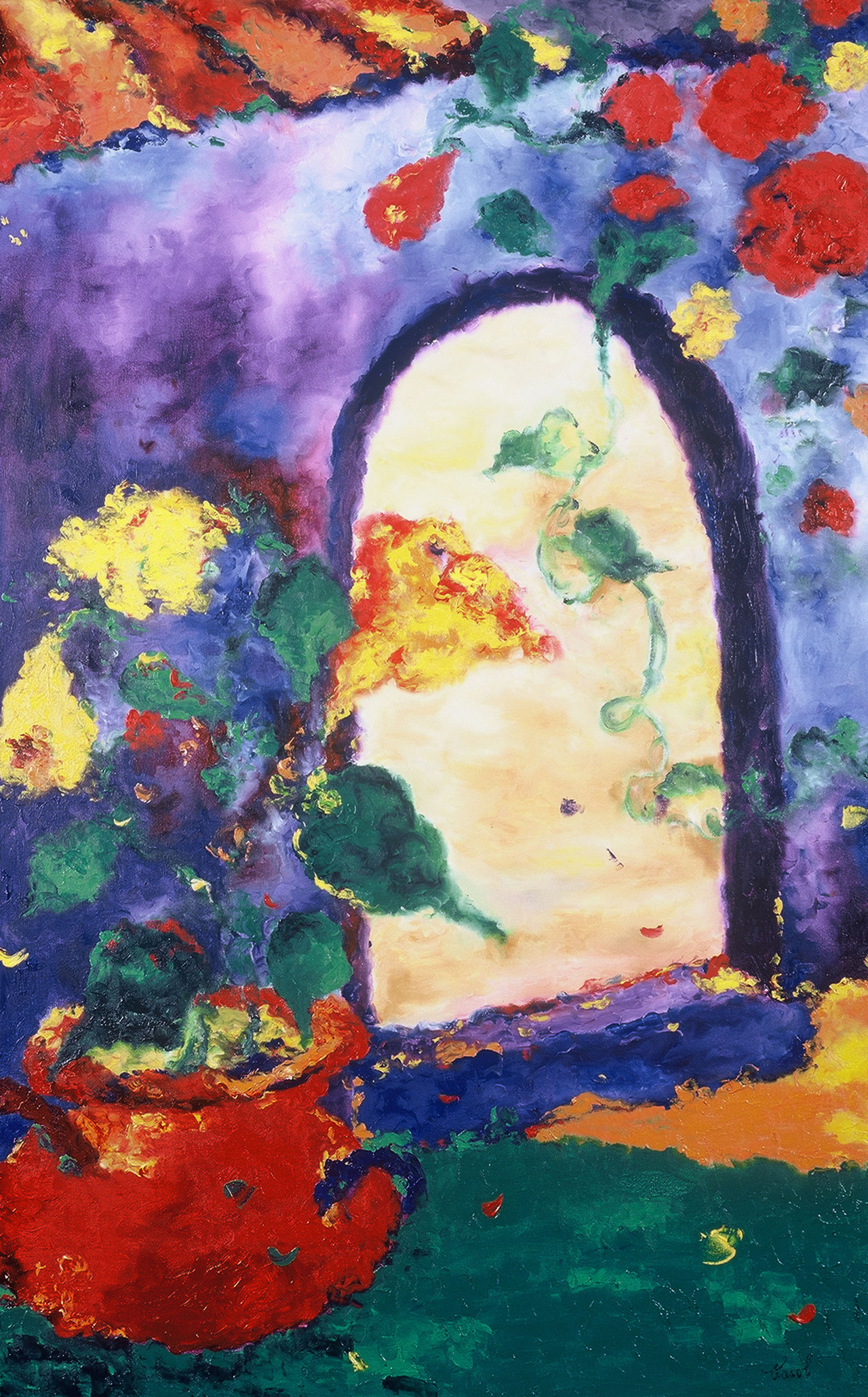 Painted by Maryse Casol in 2005, using Sennelier oil made in Paris, France at 3 Quai Voltaire facing the Louvre (painting of choice by the greatest artists since 1887, such as Degas, Cézanne and Picasso) , on a custom cotton canvas, mounted on a frame in linden wood made by Bambino Gianfrancesco, owner of Les Cadres et Moulures Majestic, one of the best Italian artisans in the world.


1999 - 2000
In July of 1999 and 2000 Maryse Casol voyaged for a week, from Canada to Italy for her work as sales director with Accor Hotels, in company of Pascal Briodin, Air France general manager in Canada, the Italian tourism office and Nina Iacono, sales director for Rail-Europe in Canada.

Maryse Casol and her partners first stayed at the magnificent Sofitel Rome, to discover the grandiose city of arts, history and architecture. They then took the train, in first class, to Tuscany, to explore Florence, and it's magical country. The moments spent at the Sofitel Florence were legendary. Finally, a train took them to the ancient city on water of Venice, where they stayed at the Sofitel Venice, famous for it's indoor gardens.

"When we reached the island of Murano, I was fascinated by the beauty, the calm and peace everywhere. The intensity of this wonderful light, the sun reflecting on the water and on the walls of the homes, all of them painted in gorgeous pastel pink, blue and green tones... And everywhere cypress trees, fine herbs and geranium flowers... It was fresh, relaxing, the scent was perfect, truly la Dolce Vita!": Maryse Casol.


1930s
The story of the Casol family, runs deep in this region of the world, Mario Casol, father of Maryse Casol, was born in the small village of Longarone, 108 km to the north of Venice. They left Italy in 1930, in search of new horizons.