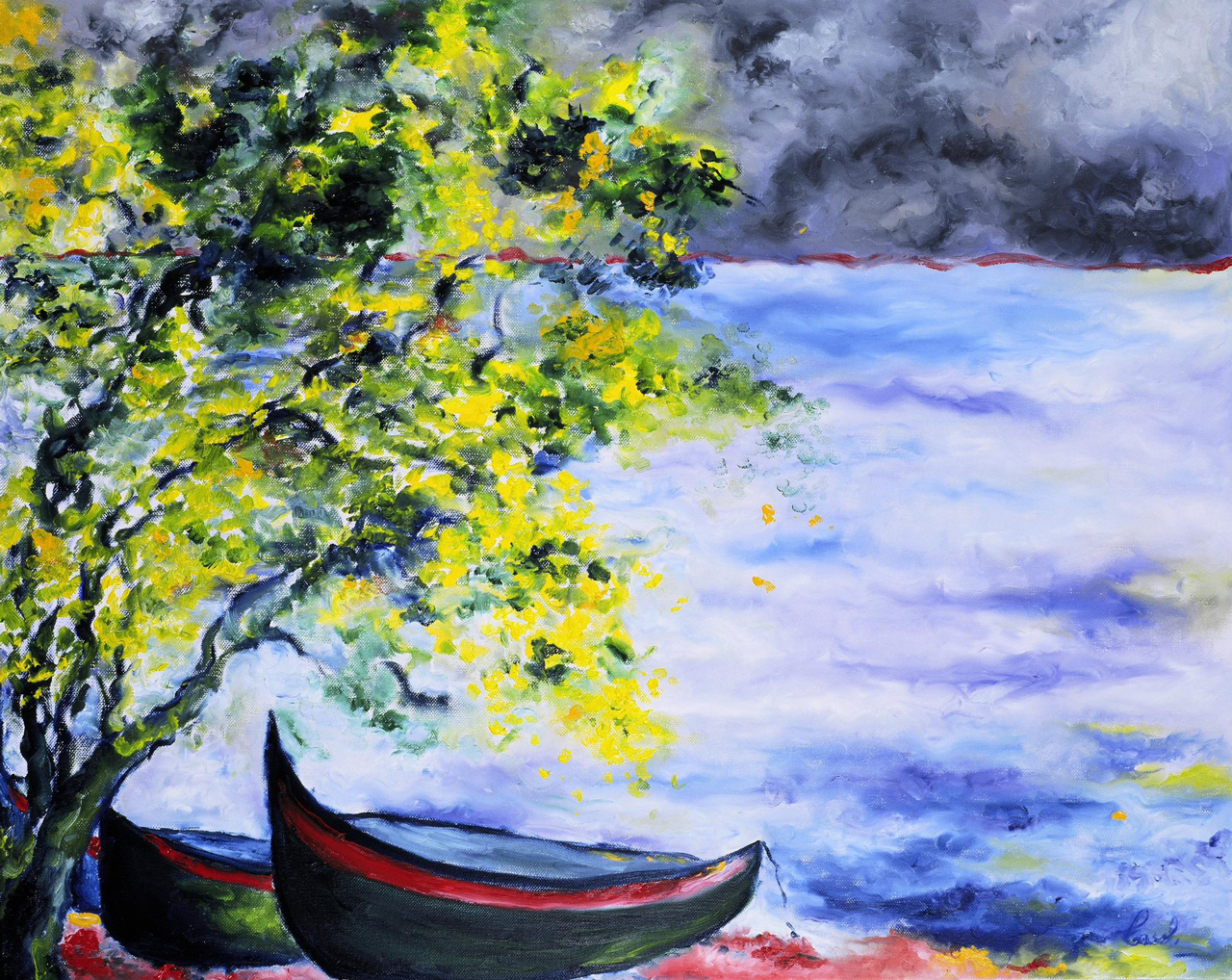 Canada, country of freedom, nature, fresh air and magnificent landscapes. Values that meet the desires of Maryse Casol, are here reflected in this painting.


2005
Contemplation was given in June 2005 to the Dr. Pietro Di Battista, a respected periodontist surgeon in Montreal, a friend, and martial arts partner of Mickaël Casol.


2004
2004 was a great year! Maryse Casol, after completing her studies in arts in 2003 at l'Académie des Arts et Beaux-Arts de Varennes, publishing her first book for $12,000, building a collection of over 30 paintings, and showing some of them at 3 exhibitions at the Novotel Hotel, Marriott Chateau Champlain Hotel and the Mount Stephen Club, teamed up with her son Mickaël Casol, 1st year student at HEC Montreal, to organize a solo show near the University. The exhibition was a success, with all the community being present at the event, including friends and family, but also top business executives, lawyers, doctors, athletes, professors and the National TV. Why was 2004 great to you?!