2020
During the summer of 2020, Maryse Casol wrote the text on her painting Transcendance Philosophique.


2013
In November 2013, the Google office in Paris contacted Maryse Casol to invite her to be part of their new Google Open Gallery, an online destination, where art fans can discover and see the works by famous artists with a new powerful zoom technology. A month later, the Transcendance Philosophique painting by Maryse Casol was featured at the Google Open Gallery, now known as the Google Arts and Culture Institute.


2007
In May 2007, your painting Transcendance Philosophique was acquired by a friend of Mickaël Casol, a martial arts training partner, and successful entrepreneur in Montreal, Canada.


2004
2004 was a great year! Maryse Casol, after completing her studies in arts in 2003 at l'Académie des Arts et Beaux-Arts de Varennes, publishing her first book for $12,000, building a collection of over 30 paintings, and showing some of them at 3 exhibitions at the Novotel Hotel, Marriott Chateau Champlain Hotel and the Mount Stephen Club, teamed up with her son Mickaël Casol, 1st year student at HEC Montreal, to organize a solo show near the University. The exhibition was a success, with all the community being present at the event, including friends and family, but also top business executives, lawyers, doctors, athletes, professors and the National TV. Your painting Transcendance Philosophique by Maryse Casol was part of the show. Why was 2004 great to you?!


1960 - 2000s
Maryse Casol has always been passionate and serious by her studies. Already at the young age of 12, she asked her parents to send her to a boarding school in Libourne, France, previously a convent from the XVI century, to satisfy her intellectual hunger. They did not teach Latin and Greek in her village of Montguyon.

Finally at the age of 16, she got her own small apartment in the city, paid by her parents to continue her studies. Maryse Casol graduated in 1977 from the University of Bordeaux in Literature & Philosophy, and then left to adventure in the Americas, in Montreal, Canada.

Even though Maryse was very busy with her family and work in Canada, she continued to study books by philosophers such as Aristotle, Epictetus, Maimonides and Spinoza. In 1998, after starting the study of the arts with professor Sam Aberg, Maryse Casol took on to study the Torah, which had a big influence on her art. Maryse Casol gave a copy in French of the Torah in 2005 to her son Mickaël Casol, which he read and studied as well for the next 5 years, each week discussing at the Mont-Royal while jogging with his friend, the real estate developer Mr. Sam Benatar. Your Casol painting Transcendance Philosophique, could be seen as a result, of all these studies. 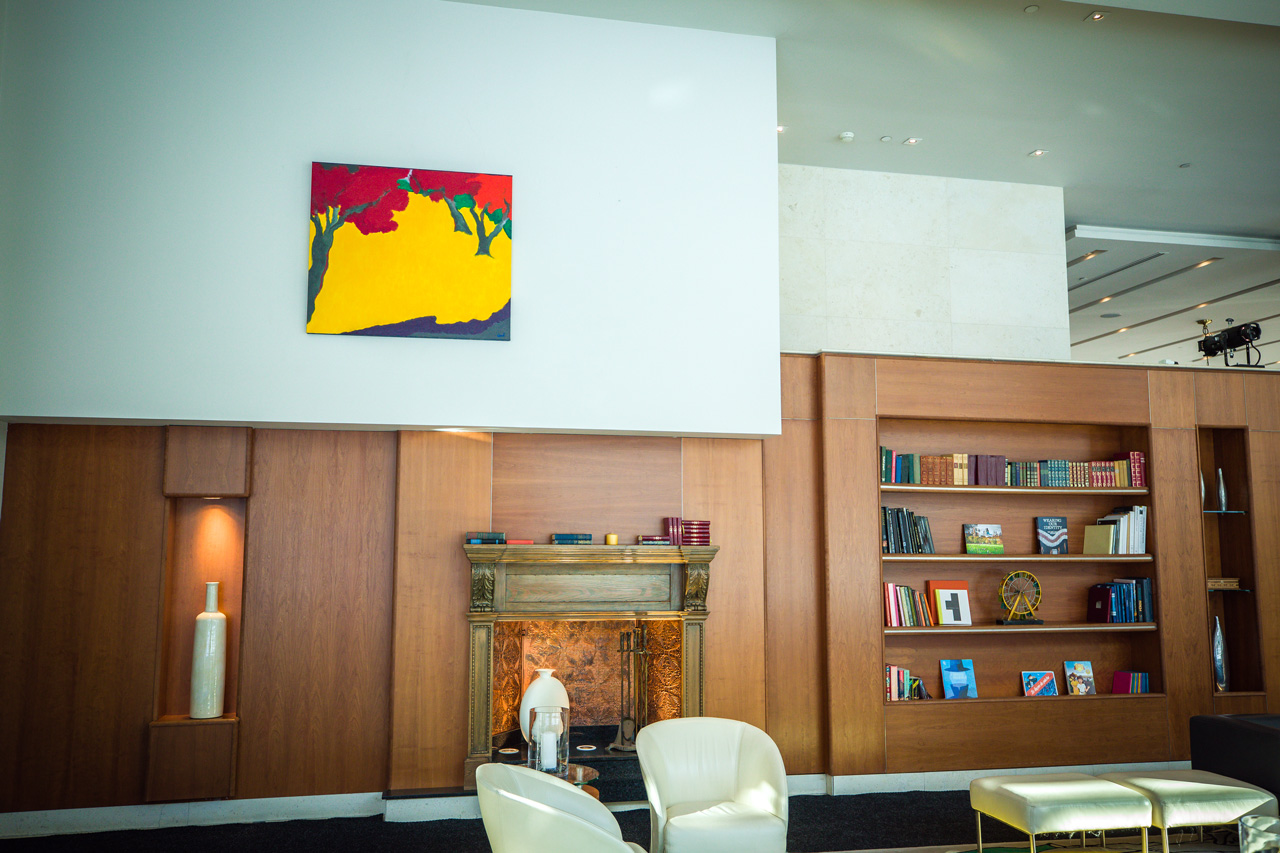