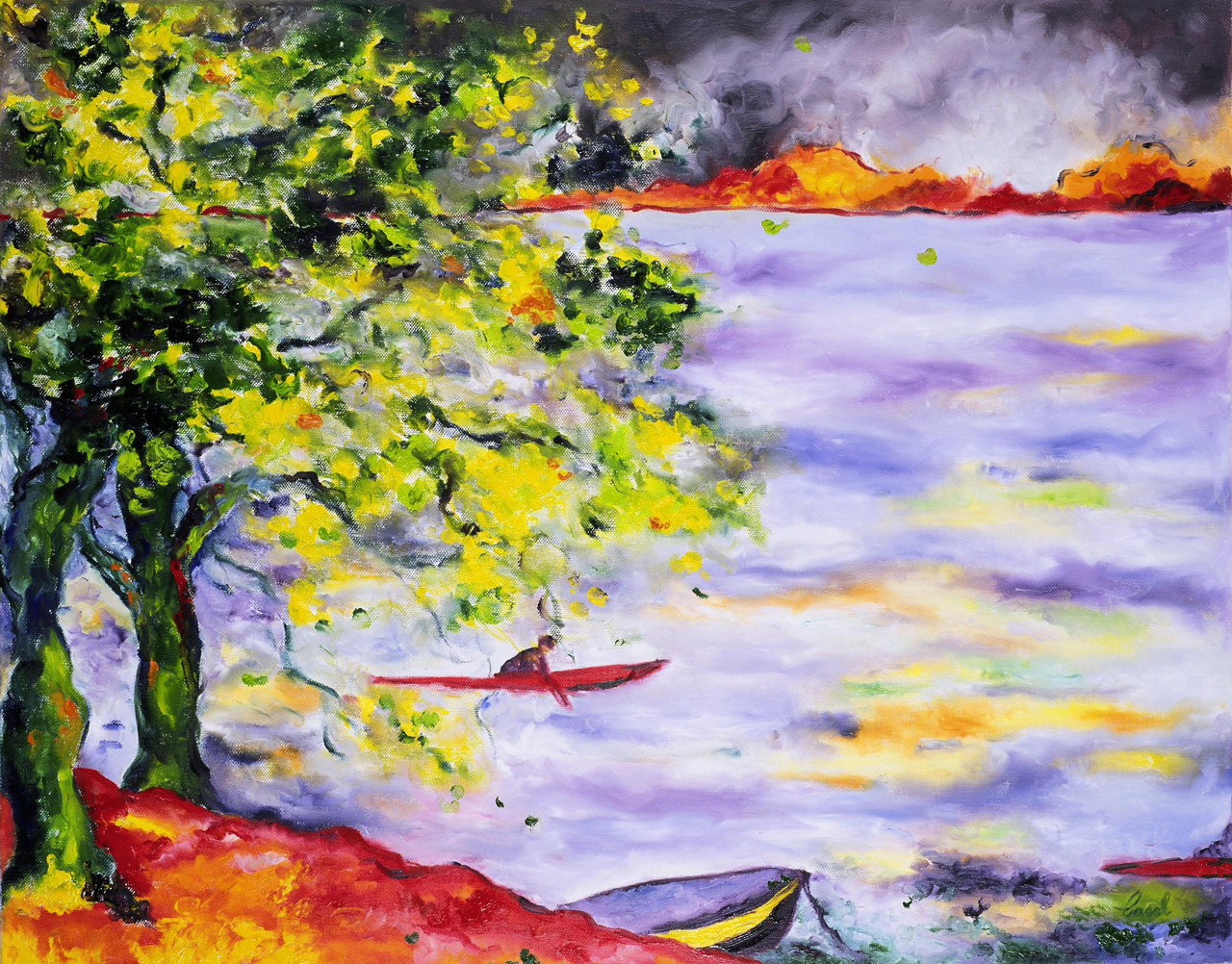 Canada, country of freedom, nature, fresh air and beautiful landscapes. Values that meet the desires of Maryse Casol, are here reflected in this painting.

Painted by Maryse Casol in 2004, using Sennelier oil made in Paris, France at 3 Quai Voltaire facing the Louvre (painting of choice by the greatest artists since 1887, such as Degas, Cézanne and Picasso) , on a custom cotton canvas, mounted on a frame in linden wood made by Bambino Gianfrancesco, owner of Les Cadres et Moulures Majestic, one of the best Italian artisans in the world.


2005
Après-Midi Printanier was acquired in August 2005 by the Dr. Luigi Di Battista, a respected orthodontist in Montreal, a friend, and martial arts student of Mickaël Casol.


2004
2004 was a great year! Maryse Casol, after completing her studies in arts in 2003 at l'Académie des Arts et Beaux-Arts de Varennes, publishing her first book for $12,000, building a collection of over 30 paintings, and showing some of them at 3 exhibitions at the Novotel Hotel, Marriott Chateau Champlain Hotel and the Mount Stephen Club, teamed up with her son Mickaël Casol, 1st year student at HEC Montreal, to organize a solo show near the University. The exhibition was a success, with all the community being present at the event, including friends and family, but also top business executives, lawyers, doctors, athletes, professors and the National TV. Why was 2004 great to you?!